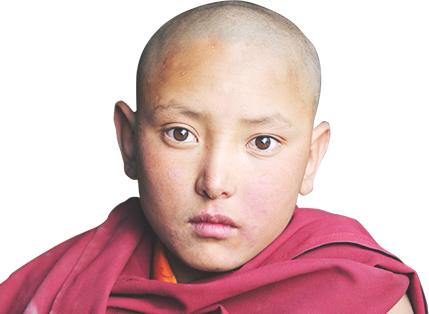 Archives of our travels

The Booking of your participation in any journey takes place in three stages:

First step: Filling the application form for participation in the tour. Be sure to include your full name, We work officially and all accounts are registered. Please write your contact so that we have the communication wit you. After your application come to our website - the site administrator will send you a bill at your name for a advance of the tour. Maximum response time: 6 hours. Usually responsible for 1 hour.

Second stage: The reservation to participate in any tour takes place when you make the advance payment of 30% of the tour price to the account of an Indian travel company INCREDIBLE HIMALAYA. The advance is transferred via bank payment systems in any bank, account details will be sent by the administrator to e-mail of participants after getting the application form for participation.

ATTENTION Booking the tour takes place only when the advance payment transferred. If, after receiving of the invoice for advance payment, you do not make a payment within three working days, your application form for participation is automatically canceled by site. If you still want to participate in the tour, you have to apply the form again. When we receive an advance on our bank account we sent payment receipts confirming your participation, as well as a contract for the provision of travel services on this tour. The administrator sends you the electronic copies of receipts and contracts with digital signature and seal by e-mail and if necessary - to the postal address - the original documents. The remaining amount is payable as ayou arrive at the beginning of the trip, in India.

The third stage: Preparing for the journey. We also have a verbal communication on Skype with members of our travels. 2 weeks before the tour we gather the whole group in Skype and discuss preparations for the journey. Also welcome verbal individual consultations on Skype, it helps us to answer all your questions maximized. Because the most of the year we are in India, the main communication with us is Skype.

Attention! You don't need to register on our site to join the tour. If you are unable to fill the application form, please just send your application in letter (free form) - by mail: contact@phototour.pro

Attention! If you have not received a response to your letter within 6 hours (maximum response time for a request), please look at the spam folder. Perhaps, our letter got there by mistake. We always reply to requests in a maximally short period of time.

ATTENTION!
For those wishing to extend their vacation in India, we can organize a week or two tour on the beaches of Goa, Ayurvedic holidays in Kerala, excursions + rest in Pondicherry.
Individually.
And at very loyal prices.
Please contact us: il@phototour.pro

Reservation of places for this New Year trip to Jaipur and the Golden Triangle of India occurs when an advance payment of 230 USD is made to the settlement account of the Indian travel company PROJECT PHOTOTOUR PRIVATE LIMITED.

COST OF THE TOUR FIXED.

The advance is transferred by the participant of the tour with the help of payment banking systems in any bank, the details of the settlement account are sent by the administrator to the email of the participant after receiving an application for participation in this trip.

When paying an advance payment, the participant is sent a payment receipt confirming the payment of money and the reservation of your participation in the New Year's journey through India, as well as the contract for the provision of travel services for this tour.
The rest of the amount is paid by the participant as they arrive at the start of the journey, in this case - upon arrival in New Delhi, India.

1. Transfers throughout the route on comfortable air-conditioned cars.
2. Mineral water in the car, 1 bottle and a day per person.
3. Accommodation in hotels of category 4 * for double accommodation.
4. SEMI-LIST: delicious breakfasts and sumptuous dinners included.
5. Dinner with national dances in Jaipur.
6. New Year's Eve dinner.
7. New Year's gift from the company.
8. Guide, a carrier of culture, accompanying the whole travel program.
9. All taxes and fees on the tour route.

Price does not include

1. Flight to Delhi airport from the country of residence and back.
ATTENTION!
Flight from Europe to Delhi and back - very inexpensive:
For today, air tickets are about $ 300 in both directions.
2. Meals during the tour - lunch, about $ 60 for the entire tour.
3. Surcharge for single accommodation $ 295.
4. Entrance tickets to museums, climbing elephants in Jaipur, monuments, park, safari, show program. Right to photo and video shooting.
5. Tourist visa to India $ 60, made online 7 days before the arrival in India (for countries included in the register), the rest receive in consulates in the prescribed manner.
Information on registration of tourist visa to India.
6. Medical insurance: it is issued by each participant individually at the place of residence at will.
7. Everything that is not indicated in the section "Included in the price".

ENTRY FOR PARTICIPATION IN THE NEW YEAR ROUND IS POSSIBLE UPON 20 DECEMBER 2017.

Attention!
Until July 1, the cost of participation in the tour is 487 USD!

This New Year's tour of India is calculated as a very comfortable tour - for our part, we tried to do everything to ensure that the New Year's participants met with remarkable:
Hotels are cozy and luxurious, and the program of the tour is rich and emotional.

BASIC HOTELS OR EQUALS ON THE ROUTE OF THE NEW YEAR ROUND TO THE GOLDEN TRIANGLE OF INDIA.

So, for those who want to take part in this New Year's tour of India and have questions about organizing and participating in the trip - please contact us directly on the following contacts:
Phones for communication:
+ 7 977 301 94 61 (Moscow, Russia) - Ilona Kryzhanovskaya, Head of PhotoTour Project.
+ 7 977 301 67 46 (Moscow, Russia) - Maxim Savchenko, the direction of extreme festivals of the PhotoTour Project.
+ 91 95 96 796 372 (Leh, Ladakh, India) - Ilona Kryzhanovskaya, Project Manager, PhotoTour, India.

The team of the organizers of the New Year's Tour of India:
Ilona Kryzhanovskaya is the Head of PhotoTour Project.
Nina Lozenko - Director of PhotoTour Project, administrative work, contracts for tour services.
Sanjay - Guide of Photo Tour in Rajasthan: all excursions on tour, tour accompaniment.

This tour is our gift to tourists for the New Year 2018!

New Year trip to the magical world of the charming fairy tale of India.
For the fourth year we organize and conduct this tour according to the numerous requests of our guest tourists, but also photographers will be very curious to visit these places.
The route of the trip passes through the most famous cities of the north of the country, acquaints with majestic monuments, palaces, sacred places of fabulous India and an outstanding masterpiece of world architecture, a monument of ever-living love on earth - the mausoleum of Taj Mahal.
An excellent addition to this program will be the celebration of the New Year in the fabulous city of Jaipur, celebrating the New Year in India - this means filling your next year with happiness and luck.
New Year's tour is designed for travelers and photographers from any country in the world.

Day 1, December 29: Delhi. Arrival in Delhi.
Meeting at the international airport of New Delhi (after 12.00), transfer to the hotel, accommodation, rest, breakfast.
The Indian capital of Delhi is the third largest city in the world with a population of about 15 million people.
Its strategic location at the crossroads played a key role in the country's history; Here arose a lot of empires.
Monuments of the past are found all over the city and often coexist with towers of skyscrapers.

Day 2, December 30: Delhi - Jaipur.
In the morning drive to the city "One Thousand and One Nights" Jaipur (275 km).
In Jaipur and to this day preserved the color of the Middle Ages, palaces, colorful bazaars, ancient temples recreate a vivid picture of a rich historical past, and the architectural ensemble of buildings of pink color of the old city emphasizes its second name as "pink city". 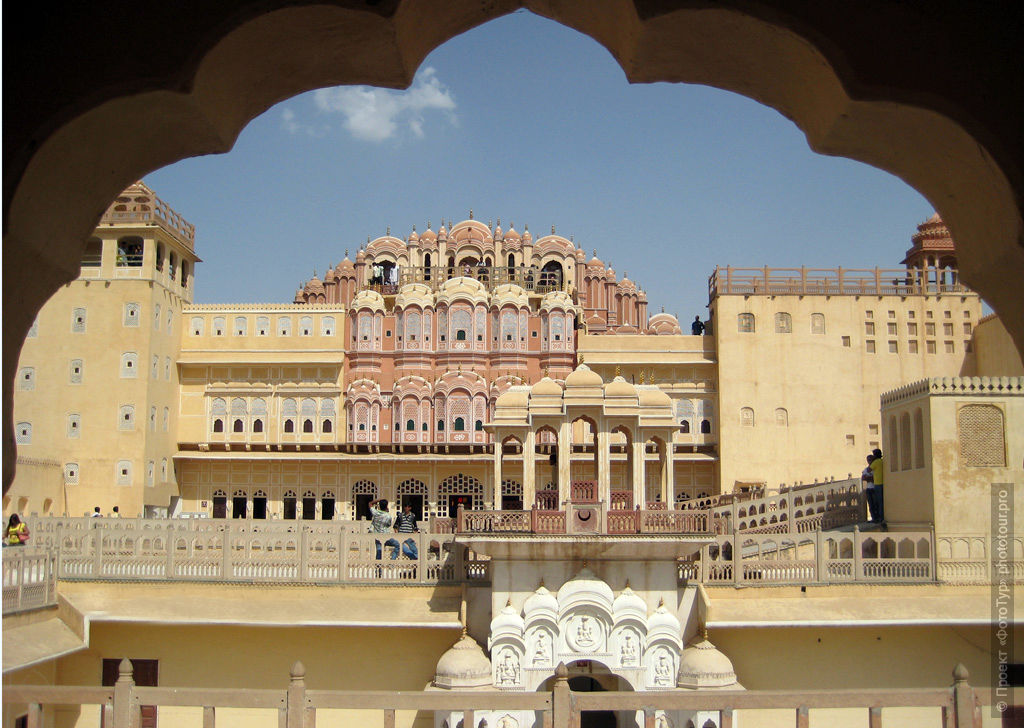 In the evening a colorful dinner with national dances.

Day 3, December 31: Jaipur.
In the morning visit the majestic fort Amber, towering on a high hill, which for a long time served as a citadel and palace of the princely dynasty of Maharajas.
Here the rulers lived in luxury palaces amid mirrored halls, lush gardens and spent their time in joys and entertainments.

Rulers climbed to the fort on elephants in colorful palanquins.
The elephant is a symbol of princely India, and each arriving here will have the opportunity to climb to the fort on horseback on an elephant, feeling for a while a great ruler. 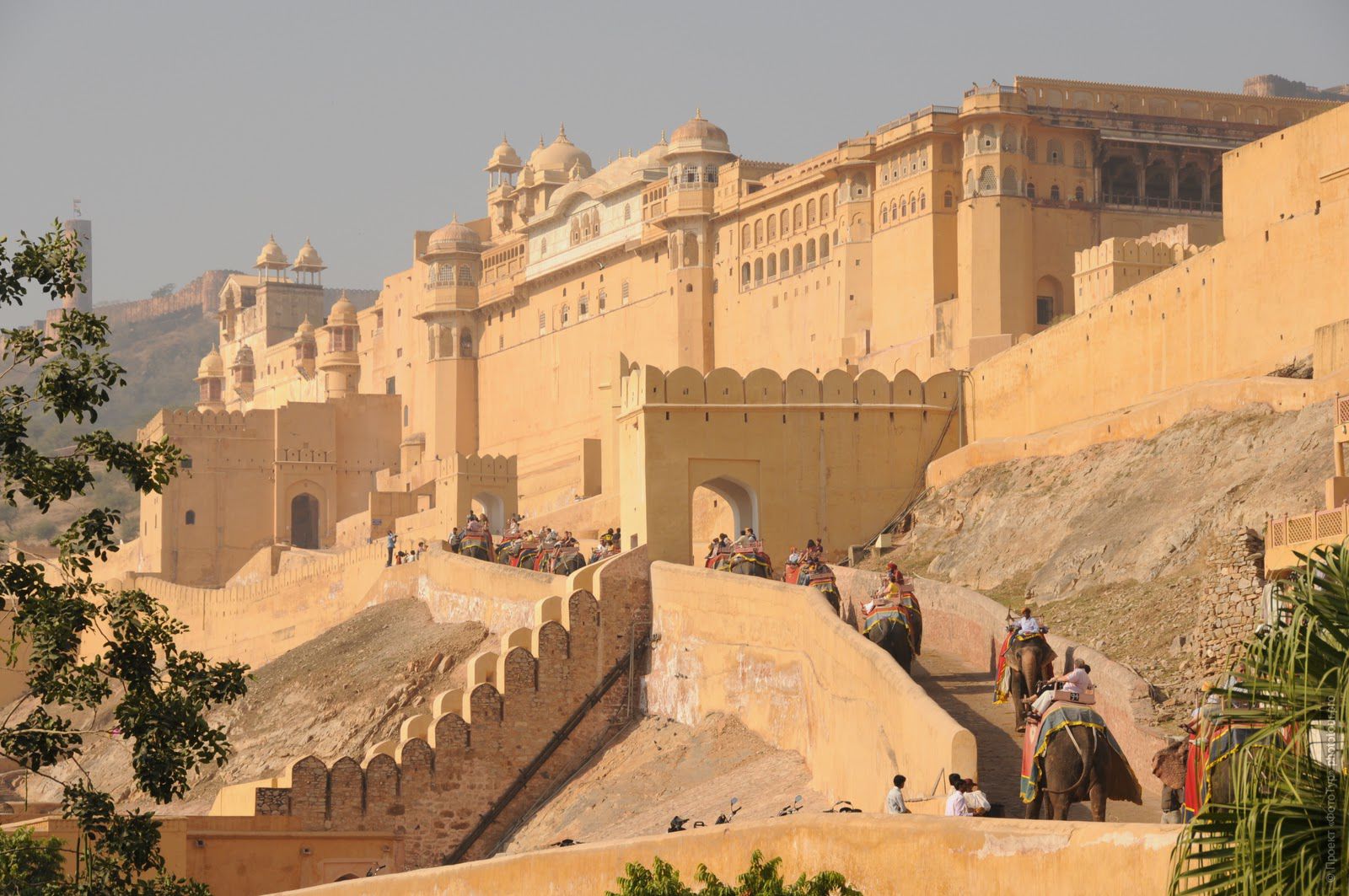 Visit the luxurious park complex "Kanak Garden", now a favorite place for filming music and dance numbers for Bollywood, where you can try on national costumes and take pictures for memory.
A sightseeing tour of the Pink City:
the Jal-Mahal water palace, the Khava-Mahal (wind palace), which was designed for women of the prince's harem, the white marble temple of Lakshmi Narayan, visits to the pompous halls and museums of the City Palace, in which the princely The family of Maharajas.

Textile, souvenir and jewelry stores - at will.
Preparation for the New Year. Shopping.
NEW YEAR'S NIGHT IN THE CITY OF THOUSAND AND ONE NIGHT.
New Year's Eve dinner.
For those who wish, a night walk around the city.
The New Year is not a traditional Indian holiday, but nevertheless people in festive clothes come out on the streets of Indian cities this night, fireworks are launched, music is heard, and many are dancing.

Day 4, January 1: Jaipur - Galta - Abhaneri - Agra.
In the morning - visit the picturesque temple complex of Galta, where the sacred, curative springs located in the valley of the mountains and ancient temples are known for their frescoes.
These places have become a haven for monkeys, which are very friendly to the parishioners and can be fed directly from their hands.

Transfer to Abkhaneri (90 km).
Visit the village of Abkhaneri, which houses the world-famous stepped well, which was built in the 9th century by a local ruler.
Chand Baori, this incredible in its beauty square, stone construction is 13 floors connected by a symmetrical staircase, which leads to the bottom of a 20 meter well.
Lunch.

Transfer to Agra (160 km).
The legendary city, the capital of the Great Moguls, which gained worldwide fame thanks to the architectural masterpiece of the mausoleum Taj Mahal.

Day 5, January 2: Agra. Taj Mahal.
Early in the morning visit the eighth wonder of the world, the white marble mausoleum of the Taj Mahal, one of the most famous buildings in the world, dedicated to the great power of love eternally living in the ages.

ATTENTION!
For those wishing to extend their vacation in India, we can organize a week or two tour on the beaches of Goa, Ayurvedic holidays in Kerala, excursions + rest in Pondicherry.
Individually.
And at very loyal prices.
Please contact us: il@phototour.pro

language:
русский
english
© Project PhotoTour Ltd, 2004-2022
All materials published on this site belong to "Project Photo tour" and are subject to copyright.
It is strictly forbidden to use the materials without permission of the owners and attribution.
Sections
Important
Feedback
наверх